Email marketing is something that I find to be very intriguing. Perhaps it’s because despite all of the ways there are to market: social media, ads, video, etc., email marketing stands strong.

It refuses to let go of its top spot:

Email marketing has the highest ROI of any marketing tactic with $44 for every dollar spent.Click To Tweet

I have researched and written on it many times before.

I have written about gaining loyal customers using email.

I have written about making more money with email marketing.

To add to our email marketing knowledge base, I present.. drumroll please….

I promise this is not just an excuse for me to get on my email marketing soap box. They matter to your business and can make or break sales.

Be sure to avoid these so you can take full advantage of the power of the email marketing king.

(Note: These are based on true events that I somehow managed to survive.)

Mistake #4: Sending Out Too Many Emails

There are many different tactics businesses take when it comes to frequency in email marketing. One which I do not recommend is burying your subscribers’ inboxes with emails by emailing them multiple times a day, every day.

I love The Children’s Place. But they also drive me crazy. This is how much love they have sent me recently:

And to prove it isn’t just their mad dash at Christmas time, here is another view of the messages they sent me a couple of months ago.

So here are the problems I have with their strategy. You may have noticed that all of those are unopened. When I want to buy something from them, I check my email for a discount and then find it and use it. This may not sound like a problem to you. But it is.

I am almost never compelled to buy clothes from them unless I am already planning on it because I see that my children need them. They have sent me so many emails that I don’t even notice them anymore. So they do not have me looking forward to their emails, and their promotions do not encourage me to “hurry before the sale is over”. I know they will send me a new sale the next day. And the day after that. I feel no sense of urgency.

78% of consumers have unsubscribed from emails because a brand was sending too many emails.Click To Tweet

So, do some testing. Find out what your subscribers are looking for. They may want weekly emails, or they may even want to be emailed multiple times a week. There are even some out there (not me) that want emails every day.

One study done by Statista found that

What your subscribers want will vary, but I believe you’ll be better off by going the weekly route, rather than the daily route. Or go somewhere in between. You can also create multiple lists and allow subscribers to choose how often they would like to receive emails.

Mistake #3: Sending Emails That Link to the Wrong Place

Not too long ago, I was relaxing and looking through my emails on my phone. I came upon one from a clothing store I like that was advertising a sale with its subject line. So far, so good. I opened the email.

It was well done and was easy to view on my phone. It had easy-to-tap buttons that took me to…

The email had promised a huge discount on clearance items (which I was pretty excited about) but then, when I clicked on the shop button, I was brought to the general online store. This is definitely not the best practice when it comes to calls to action, but I was a determined, discount-seeking shopper, so I started looking for the clearance section. And there wasn’t one. At this point, I’m confused, annoyed, and not going to buy anything.

Don’t do this to nice people like me. Don’t lose potential sales because of an incorrect link or misleading wording.

Double-check your email links before sending it out to your list. Make sure that they are taking shoppers to the place they are expecting.

I am sorry to report that I see this mistake happen all. the. time.

I have often found a website that has great products or great articles and have wanted to sign up for updates only to find that I couldn’t find out how. Some of the time I have clicked to different pages, scrolled to the bottom of the page, etc. Part of the time I find one, part of the time, I don’t.

So if you don’t have a way to capture emails, today’s the day! You can do it cheaply and it will pay you back many times over (see ROI stat mentioned above).

If you have one, but it isn’t easy to find, move it! Make sure it is visible on your homepage for starters. You can put it across the top of your website, on the side, etc. You can even have a popup screen. Just put it in a place that is easy to find.

I’m thanking you in advance. You will save online visitors hassle and you will benefit greatly: your subscriber list will grow and so will your sales.

Perhaps this has happened to you (but I hope not).

I came across a great article on a website I hadn’t been to before. As I looked through the website, I found that there were many articles that interested me and I decided I wanted in on updates when new articles were published.

So I typed my name and email in the boxes and hit subscribe. Then a message appeared saying that they were no longer adding subscribers…

First, I was annoyed as a reader, then, I was flabbergasted as a marketer.

In what world does that make sense?!?

The only conclusion I could come to was that somehow they had reached a limit for an email service they were using.

So, here is my tip – make sure that you never, ever, ever prevent willing consumers (who will likely become paying, loyal customers) from saying, “yes, I want you to market to me.”

P.S. I would include a screenshot of the website where this happened, but I have no idea what it was. If their sign-up had worked, I would know and could be bringing them value. And they wouldn’t be included in this article.

What To Do Now

If you are guilty of any of these mistakes, don’t worry. We, the email recipient world, forgive you.

The good news is, you can apply these what-not-to-dos going forward.

Let’s flip these mistakes around and make them a to-do list for you.

Want some help with your email marketing? Check out how our automated emails will save you time and make you more money. 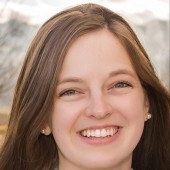 Holly Wade is a lover of words and marketing. She can’t read great writing without smiling, and she can’t watch a commercial without analyzing its success as marketing content. She gets a little carried away every time she goes to the library, and she always sides with using the Oxford comma. She loves writing articles that help small retail businesses find success. She's been with Rain since 2010 after graduating from Brigham Young University.

How to Build the Perfect Digital Coupon

Why You Need to Retarget Now!

The Growing Importance of Local Search

What Do Animals and Algorithms Have to Do With Search Rankings?