Who knew the number three could wield such power in writing?

Copyblogger reminds us that the number three is prevalent in some of our greatest stories, fairy tales, and myths. Additionally, some of the most famous quotes throughout history are structured in three parts. This repeated use of a pattern of three is directly related to the way we process information.

The human mind has become adept at pattern recognition by necessity, and it just so happens that three is the smallest number of conponents needed to create a pattern.

“This combination of pattern and brevity results in memorable content,” says Copyblogger, which is why it can make your content more engaging. Consider the use of the number three in the following:

The Use of Three in Storytelling

As mentioned above, the use of sequences of three works in stories because it results in brief, memorable patterns. It’s use was so extensive throughout the works from our childhoods, it’s possible we’re simply accustomed to responding favorably to things grouped in threes.

The next time you need to tell a story in a blog article, or in any other form of content, try incorporating this Rule of Three for more memorable results.

The Use of Three in Creating “Sticky” ideas

You don’t have to look to hard to see how patterns of three are used in virtually all aspects of life. This goes back to how our brains process information, as well as how—as the Rule of Three, itself, says—things that come in threes are more satisfying and effective than other numbers of things. For example:

Interestingly,  the United States Marines rely on The Rule of Three in their efforts to accomplish their goals and keep people alive. In fact, when the Corps experimented with a rule of four, they discovered that retention and effectiveness plummeted, notes Copyblogger.

The writers of the Big Bang Theory must be familiar with the power of three as well. Just think of Dr. Sheldon Cooper’s iconic knock. If he only knocked on Penny’s door twice, it just wouldn’t be the same. But Sheldon’s three-knock door approach really sticks with you, both comedically and psychologically. Not only do you immediately recognize the reference if your friend knocks on your door thrice, while repeating your name between each knock, but you’re strangely as disappointed and unfulfilled as Sheldon, himself, if he can’t execute the complete sequence of knocks.

Want your content to stick in someone’s head? Try using a pattern of three.

The Use of Three in Humor

The magic of the Rule of Three becomes even more evident when you take a look at it’s place in the comedy world. To begin with, Copyblogger points out, it fits the classic joke format: set-up, anticipation, and punchline.

This three-part pattern bulids tension and then allows for a satisfying release after the surprise and silliness delivered in the third element. Copyblogger offers this good example from Jon Stewart:

“I celebrated Thanksgiving in an old-fashioned way. I invited everyone in my neighborhood to my house, we had an enormous feast, and then I killed them and took their land.”

Granted, the use of humor in your writing can be iffy because not everyone will get it. But there’s a reason the Rule of Three is used by comedians all the time…because it works! You can make humor work for your content, too, by using the power of three.

As kids, Schoolhouse Rock taught us that three is a magical number. Considering how the Rule of Three has produced some of the most memorable stories, quotes, and humorous anecdotes throughout history, it’s not hard to believe in it’s extraordinary power. When it comes to creating content that’s engaging and memorable, we could all use a little magic, right?

Try your hand at the Rule of Three, and let us know how it works for you! 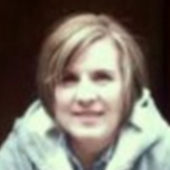 If You’re Not Retargeting, You’re Leaving Money on the Table!

5 Fabulous Fall Promotions to Generate Revenue for Your Retail Store